In this podcast series, the first from Our State magazine, we travel to the state’s most remote spots: from the mountains to the ocean, deep into forests, high above the Piedmont, on to islands, and into swamps, to see what you find in hard-to-find places.

You can subscribe and listen on iTunes, Google Play, Overcast, and Stitcher.

When it comes to trail towns along the Mountains-to-Sea Trail, Elkin stands out. So how did a quiet place in the North Carolina foothills go trail crazy? We find out, thanks to the men who are building footpaths as fast as they can.

What’s it like to be with the one you love 24 hours a day, 7 days a week? In this episode, host Jeremy Markovich meets Aaron and Lexi Harris, a pair of newlyweds who experienced the highs and lows of hiking the Mountains-to-Sea Trail across western North Carolina.

Season 4, Episode 2: The Warriors on the Trail

In the second episode of Away Message’s fourth season, host Jeremy Markovich hikes with a group of veterans as they start their long journey down the Mountains-to-Sea Trail.

How was the Mountains-to-Sea Trail created? And what kind of people would hike the whole thing? In the season premiere, we find out what it takes to build a trail across North Carolina, and then walk it.

A Preview of Away Message, Season 4: A Trip on the Mountains-to-Sea Trail

What’s it like to cross North Carolina on foot? Our podcast followed two groups of hikers as they tried to make their way across the state.

(Listen on Apple Podcasts)Jeff Postell was a 21-year-old police officer when he made an arrest in the middle of the night in a small North Carolina town. That arrest ended a five year manhunt for the Olympic Park Bomber, Eric Rudolph, and changed Postell’s life in an instant. In this season finale, we track him […]

(Listen on Apple Podcasts) What do outsiders see when they look at North Carolina? In this bonus episode, host Jeremy Markovich turns to The Andy Griffith Show for answers, and talks to a woman who worked on the series, then moved to the real-life town that the fictional Mayberry was based on.

Season 3, Episode 7: An Island Of Your Own

(Listen on Apple Podcasts) Davis Island wasn’t always an island. In the early 1900s, a hurricane cut a path through a peninsula that stuck out into Core Sound, separating a stately home from the mainland. Years later, a man achieved his childhood dream of living in that home. What he found was peace and beauty, […]

Season 3, Episode 6: Searching For Squatch In All The Wrong Places

(Listen on Apple Podcasts) A New Yorker named Stephen Barcelo moved to a small town in northeastern North Carolina. Then he started seeing ghosts. Then bigfoot showed up. In this episode, we visit Littleton, go on a search for a hard-to-find creature, and find out what it really means to believe.

(Listen on Apple Podcasts) Curtis Johnson fell in love with music while growing up in Wilkesboro, North Carolina. But when he gave up his job as a disc jockey to support his family, he held on to his dream. Now, he puts on small house-style concerts in an out-of-the-way place, and the shows keep everyone […]

Season 3, Episode 4: How To Get To Space

(Listen on Apple Podcasts) Christina Koch was once a kid growing up in Jacksonville, North Carolina. Now, she’s living on the International Space Station. In this episode, we go back to school to find out how she turned her dream of becoming an astronaut into reality.

(Listen on Apple Podcasts) A woman from Mooresville became Mecklenburg County’s first black nurse. Then she became a prolific and well-respected artist. Along the way, she got President Franklin D. Roosevelt to sit for her, and the relief sculpture she created looks very similar to the likeness that’s on the dime. Is it hers? Or […]

Season 3, Episode 2: A Rescue In The Linville Gorge

(Listen on Apple Podcasts) On May 7, 2016, a man fell hundreds of feet down a mountainside, and ended up in a treacherous spot in North Carolina’s most rugged place. This is the story of a rescue that took hours and a recovery that took months, one that shows how unforgiving the wilderness can be, […]

In 2001, some state lawmakers were engaged in a less-than-sweet debate: Which berry should be named the official berry of North Carolina? We tracked down the teacher and fourth-graders who started it all with a class project and got a lot more than they bargained for. Plus, meet the former state senator who voted against […]

A Preview of Away Message: Season 3

In the new season of Our State magazine’s podcast, host Jeremy Markovich travels across North Carolina in search of the strange, the weird, the unknown, and the forgotten. Highlights include a strange political fight, the effort to find a mythical creature, the story of the woman whose artwork may be in your pocket right now, […]

(Listen on Apple Podcasts) In this special holiday episode, host Jeremy Markovich meets the man from Gastonia who became the world’s largest manufacturer of Christmas ornaments, and used his power to make North Carolina more tolerant of all religions.

(Listen on Apple Podcasts) One month after Hurricane Florence made landfall in North Carolina, we bring you three stories of strength, resilience, and perseverance in the face of the storm.

(Listen on Apple Podcasts) In the finale of Season 2, host Jeremy Markovich takes a trip to a remote place he’s been trying to visit for years: Frying Pan Tower, a decommissioned Coast Guard light station that sits far out in the Atlantic Ocean.

(Listen on Apple Podcasts) North Carolina’s priceless copy of the Bill of Rights is hidden away in a secure underground vault, and for good reason: It was once stolen, hidden away for more than 100 years, then recovered in a spectacular FBI raid. In this extended episode, host Jeremy Markovich gets the inside story of […]

Season 2, Episode 6: The Round Of Golf That Changed A City

(Listen on Apple Podcasts) In 1955, a dentist and five of his friends played a round of golf. They were black. The course was white-only. What happened next changed the course of one man’s life, and in turn, helped integrate an entire town. 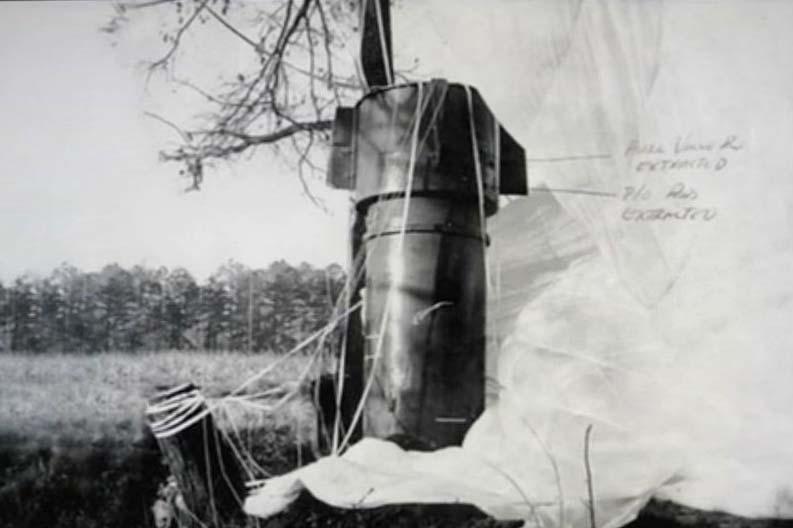 Season 2, Episode 5: The Nuke They Left Behind

(Listen on Apple Podcasts) In 1961, a U.S. Air Force bomber crashed near Goldsboro, North Carolina, and the two thermonuclear bombs on board fell to the ground. Host Jeremy Markovich talks with the man who was sent to make sure those bombs didn’t explode, and finds out why the Air Force left a crucial part […] 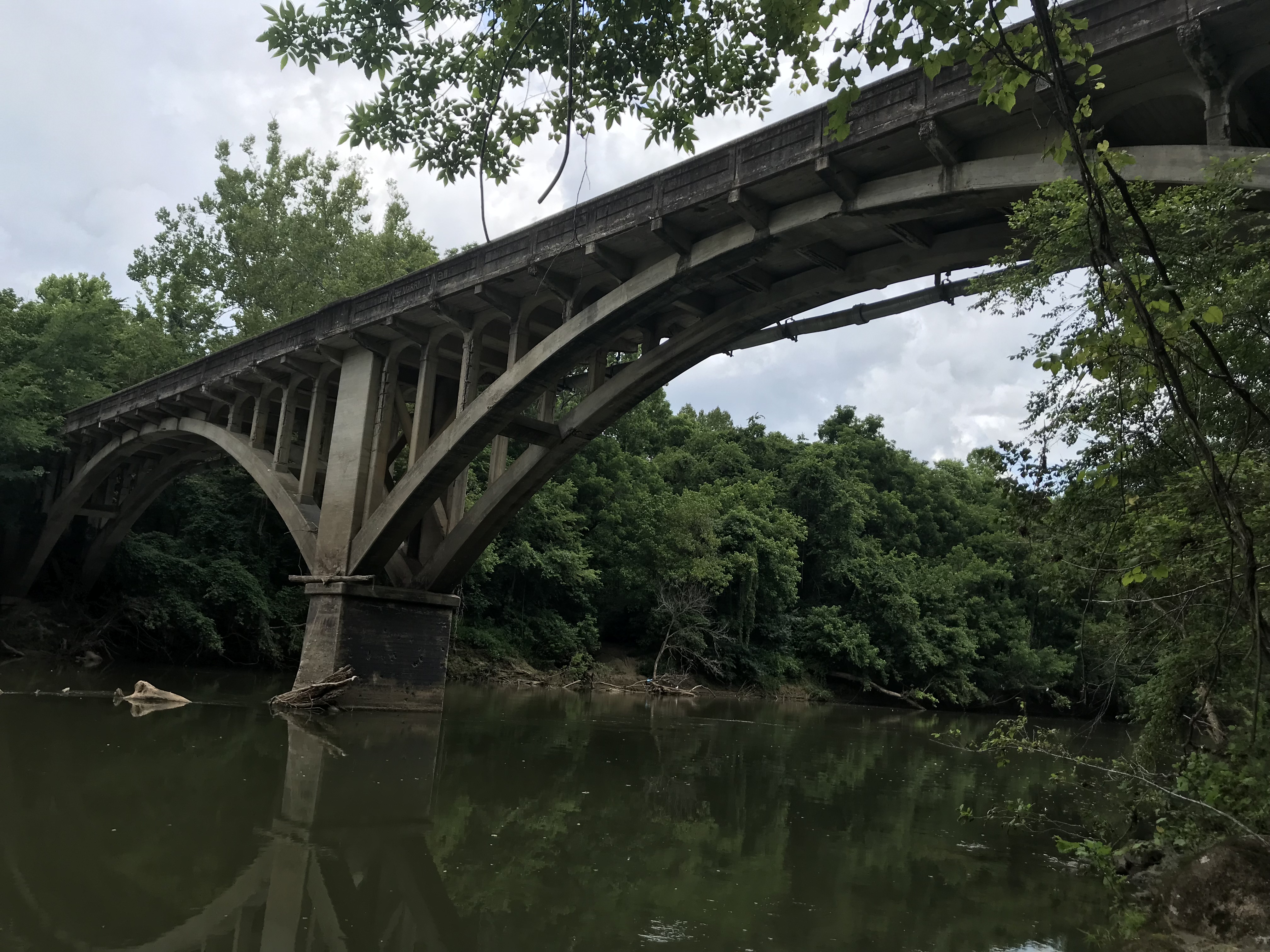 Season 2 Bonus: The Bridge To Nowhere

In this bonus episode, host Jeremy Markovich visits a majestic bridge that, for years, was never connected to any road, and finds out why its construction almost led to riots. Read more about the bridge in this paper from Dr. Barak Richman.

What would happen if you stood in one state, then shot and killed someone in another? That scenario actually took place along the Tennessee-North Carolina border more than 100 years ago, and the murderer got away with it. But what’s the real story? Host Jeremy Markovich spent months criss-crossing North Carolina to find answers that […] 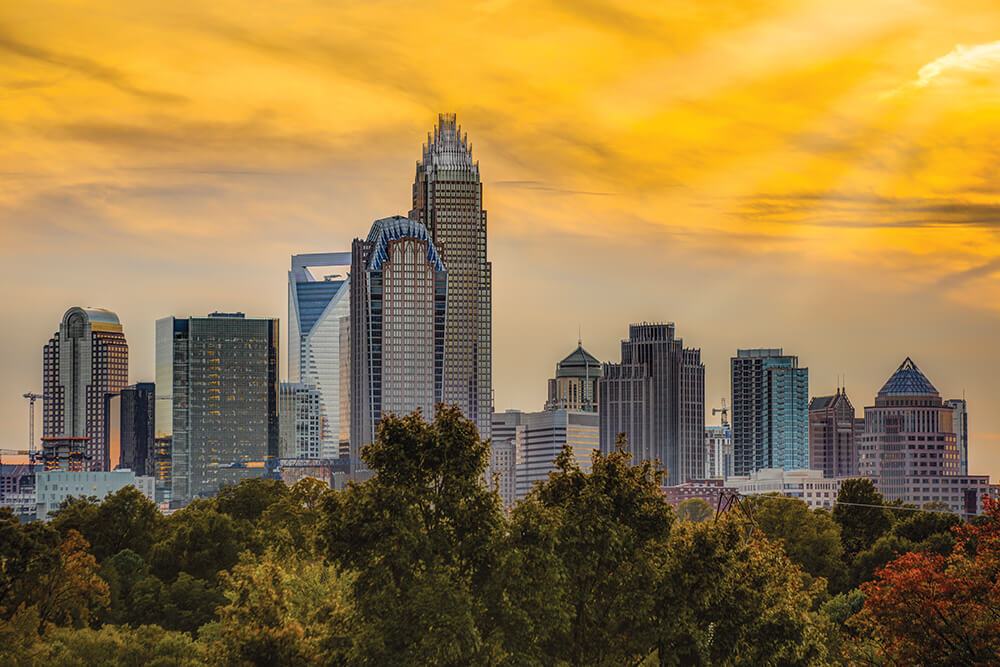 Season 2, Episode 3: The Riches Underneath Charlotte

In this supersized episode, host Jeremy Markovich goes looking for Charlotte’s original gold mines, and then gets inside a vault that’s full of billions of dollars to understand how North Carolina’s biggest city ended up being the place where the state stores its money. 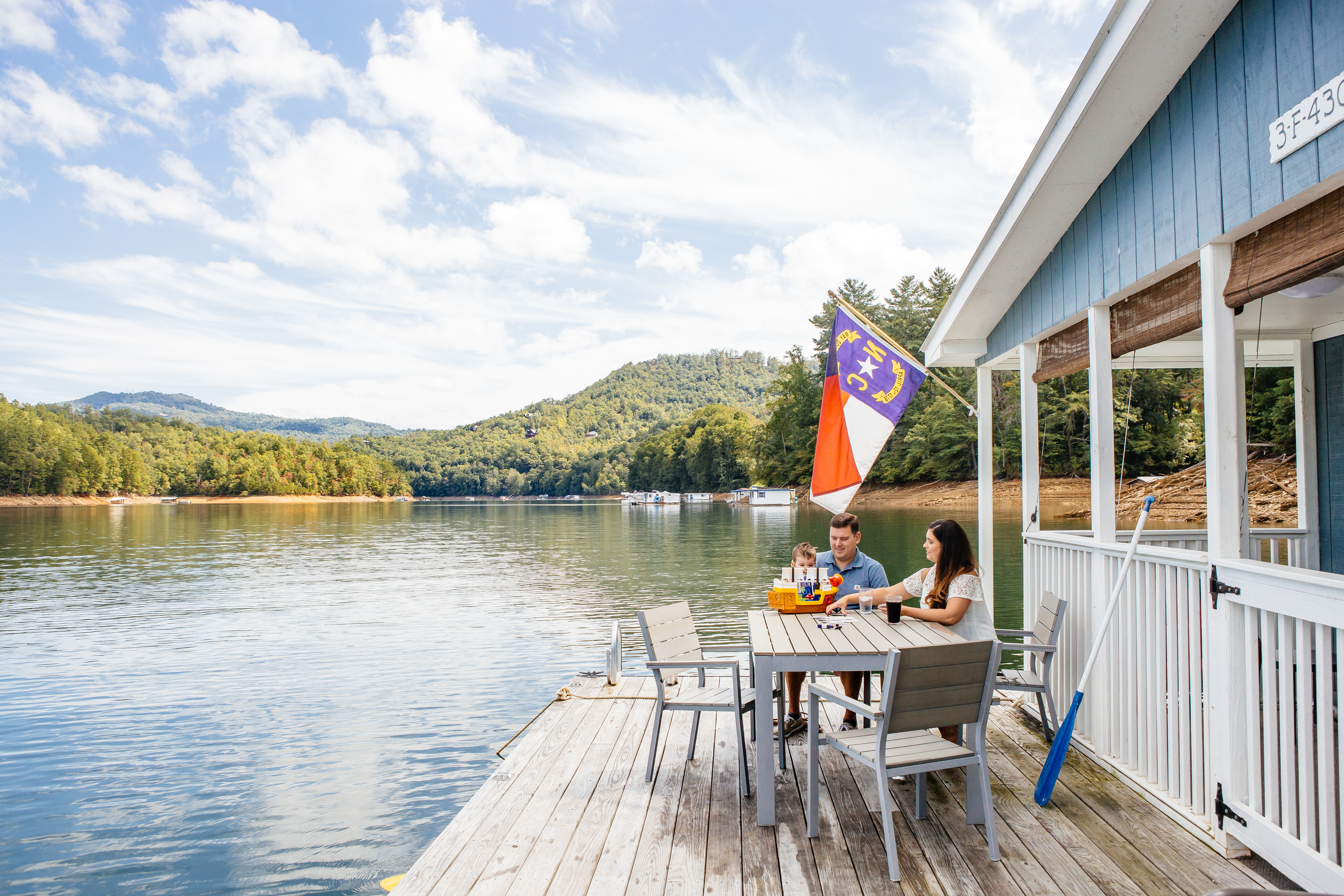 On Fontana Lake, in far western North Carolina, sit hundreds of floating cabins, meant for fishing and weekend getaways. But when the homes were threatened with removal, the owners banded together and took their fight to Washington, DC, where they found themselves in the middle of a debate over what private citizens can do on […]

Feedback? Questions? Want to tell us about your remote place? Contact us at podcast@ourstate.com.